One of the most common questions we get asked by our new members is: why does your trending value screen show stocks with a VC2 above 10? The VC2 factor range is set to only show percentiles 0 to 10, yet I see values higher than 10.

The answer is straightforward. Calculating O'Shaughnessy's value composites is very resource intensive as it requires percentile calculations on 5 to 6 ratios and the combined score. Missing values can't be included in the calculation, and one has to make sure that the stocks are distributed in equal groups from 0 to 100. Ratios with missing values also automatically get a score of 50. If you combine this with the calculations required to produce the Greenblatt Magic Formula and our ERP5 score, a lot of processing power is required. For this reason, we used to schedule the calculations to run overnight. This has a few disadvantages:

Even if the screener worked very well when used on a global or continent level, it was less reliable when focusing on the smaller European or Asian countries. Some of our members found a workaround by exporting the data and calculating the measures in excel spreadsheets. Yet, recalculating the scores in excel is labor-intensive and requires quite a few steps to get to the end score.

After a few failed attempts, we almost lost hope, but luckily enough, one of our members kept pushing. With some help from the open-source community, we found a clever way to boost the calculation of percentiles and rankings and improve performance exponentially. On top of this, we've been able to include a much faster median calculator, making it possible to make not only the screener dynamic but also the scorecard.

We're delighted with the results and hope you will like them too. Here's how the trending value screen looked in the old screener: 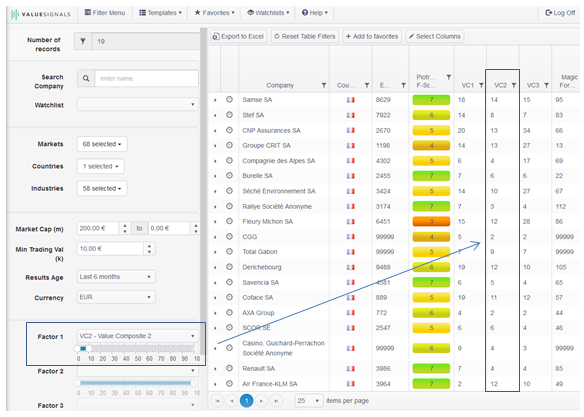 As you can see, even if we selected the first decile (0 - 10), it shows VC2 scores up to 14. The screenshot below shows the new screener, and all VC2 scores are between 0 and 10. You will find many of the same stocks with slightly different VC2 scores and a few new ones. Other stocks no longer appear in the list. 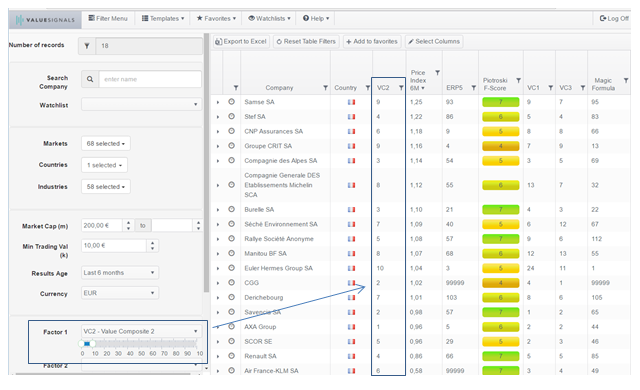 Let's have a look at ERP5. The Magic Formula had been corrected in a previous version, but until yesterday, the ERP5 template screen - when for instance, only selecting France - was showing the following list: 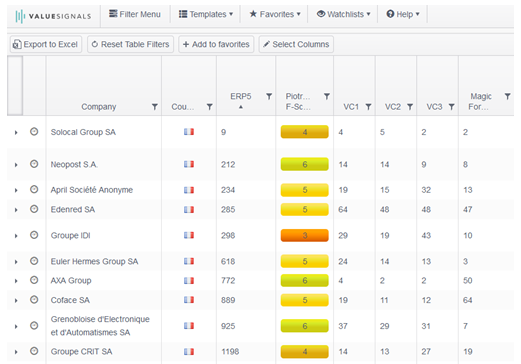 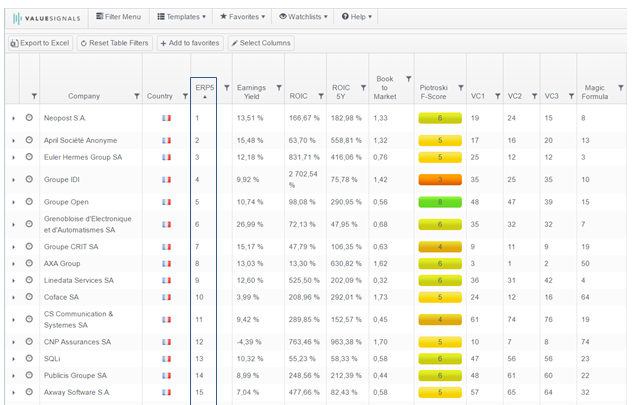 In the new version of the screener, we get a continuous list starting at 1, then 2, then 3, etc... The list of companies doesn't change fundamentally, but a few additional stocks show up, and a few others disappeared.

I have been running the new screener and scorecard in a test for quite a while, and I really think it's a major step forward. We're truly blessed to have a passionate member community that bring up all these wonderful ideas and helps us make our stock screener more useful for everyone!